Old Ballantruan takes its name from an exceptional source of the purest of waters, the Ballantruan spring, nestled in the Cromdale Hills close to Tomintoul, the highest village in the Highlands of Scotland.

Old Ballantruan is a rarity; it is distilled in the traditional manner in the prestigious Speyside Glenlivet region, but unusually for this region, it is made with heavily peated malted barley to impart a distinctive and unique flavour. The peat is sourced locally to the Speyside region and when burnt infuses our barley with true Speyside elements such as heather and ancient mossy-grass giving Old Ballantruan its distinct smoky, log fire flavours that can be picked up so unmistakably on the nose and palate.

Old Ballantruan retains at its core that sweetness and creaminess so typical of the traditional Speyside whisky creating therefore a uniquely peat rich and densely smooth Speyside Peated Single Malt. 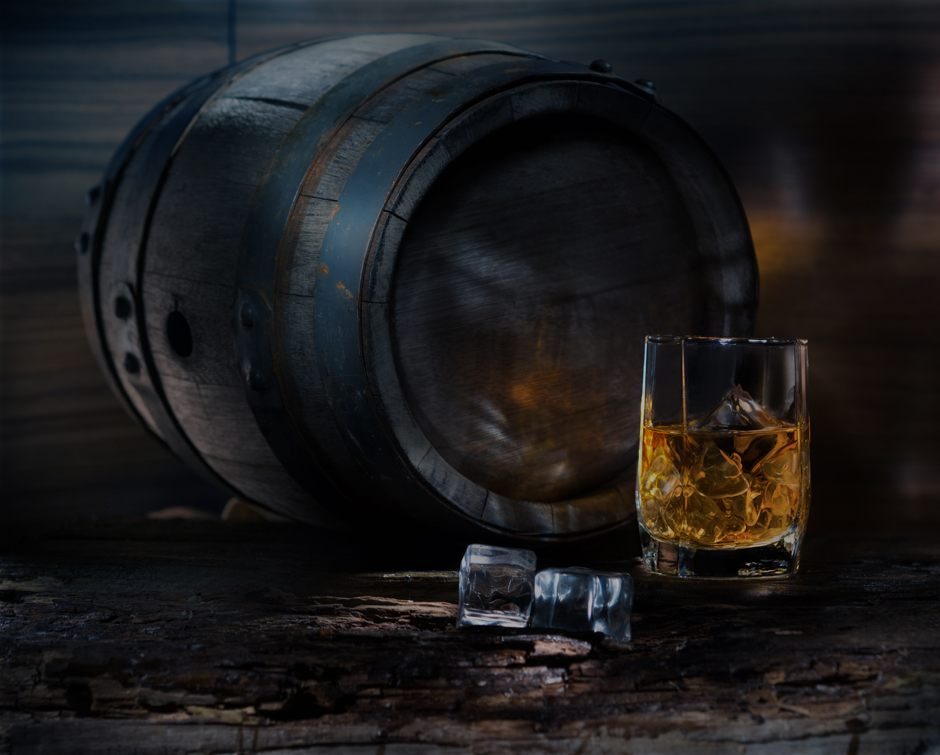 Peat is a mineral rich fossil that has been deep-rooted in the ground for thousands of years. Each year peat grows by 1mm. A cut and dried piece of peatbog is used as fuel in many parts of the world, and if left in the ground for millions of years would then become coal. In the whisky making process peat fires are used to dry malted barley for use in Scotch whisky distillation. This gives the Scotch whisky its distinctive smoky flavour, often called “peatiness”.

Old Ballantruan is distilled in the traditional manner using locally sourced barley and peat. The peat is dug and then left to dry for a few days before being used as a fuel to dry the malted barley prior to whisky distillation.

Crafting this unique single malt is a mixture not only of skill and time but there are also elements of magic and mystic.

There are just three main ingredients in the production of a single malt Scotch whisky: Water, malted barley and yeast.

A source of pure quality water is the first essential ingredient and we use the most exceptional water from the Ballantruan Spring.

Barley, the second essential ingredient, has to go through a process called malting to make the starch contained within soluble and suitable for the whisky distiller. Locally grown barley is soaked in water by the maltster and then allowed to germinate according to a specification laid down by the distillery director. Once the germination is complete the ‘green malt’ is dried in a kiln. During this malting process, peat is burnt creating a thick smoke which then imbibes into the drying barley. It is now called peated malted barley or peated malt and delivered to the distillery.

Making malt whisky is a batch process. The peated malted barley is ground in a mill to expose the starch within and make it more accessible for the mashing process. The ground peated malt is called ‘grist’.

The ‘grist’ is transferred to a mash tun where the soluble starch within the grist is converted to sugar. This liquid sugar is called wort and it is drained, cooled and pumped into fermentation vessels called wash backs.

Distillers yeast, the third essential ingredient, is then added to the wort in the wash backs. The action of the yeast with the wort converts the sugars into alcohol producing a product called ‘wash’.

Now the fermented wash is ready to be transferred to the still house where it undergoes two distillations in copper Pot Stills. From the second distillation the middle fraction or heart of the run is pure enough to be collected as new spirit. The transformation of ‘wort’ and then ‘wash’ into pure spirit is truly magical.

The new spirit is then filled into carefully selected American Oak casks and left to mature quietly for many years.

There is a some magic surrounding the aging of whisky during the long years of maturation. As the whisky matures silently there is an interaction between the spirit, the oak and the air which mellows the spirit, and allows it to slowly extract unique characteristics from the oak and to attain a rich golden colour. During maturation the oak casks breathe resulting in some of the whisky evaporating. This loss, due to evaporation, is affectionately known as ‘The Angels Share’.

Once the master distiller has carefully selected the casks, they are then ready to be bottled.

This malt is bottled at 50% volume and without any chill-filtration in order to retain its layered and integrated peaty flavours.